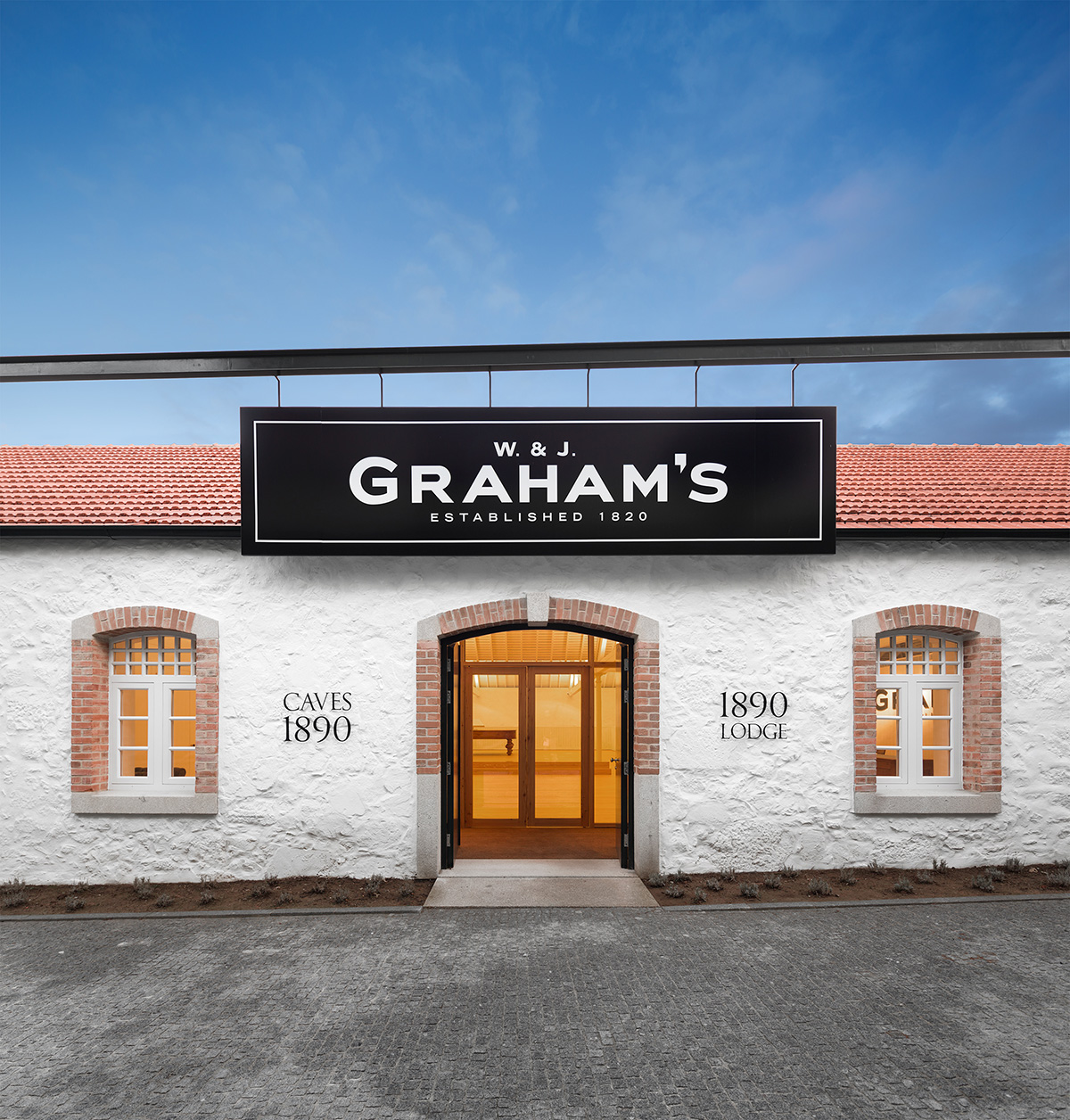 The 1890-built Lodge which still houses the cellars of the venerable port wine producer Graham’s near Porto, Portugal, has been recently renovated by architect Luis Loureiro in collaboration with Lisbon-based design studio P-06 Atelier. Now officially called the ‘Graham’s 1890 Lodge’, the building occupies a privileged location atop a hill in the city of Vila Nova de Gaia (a city that is right next to Porto, and for some time the only place in the world where port wine could be traded), boasting spectacular views over both the historical centre of Porto and the river Douro. The renovated visitor’s centre, which now includes a Graham’s museum, shop, wine bar and restaurant, was inaugurated by the president of Portugal in March 2013. 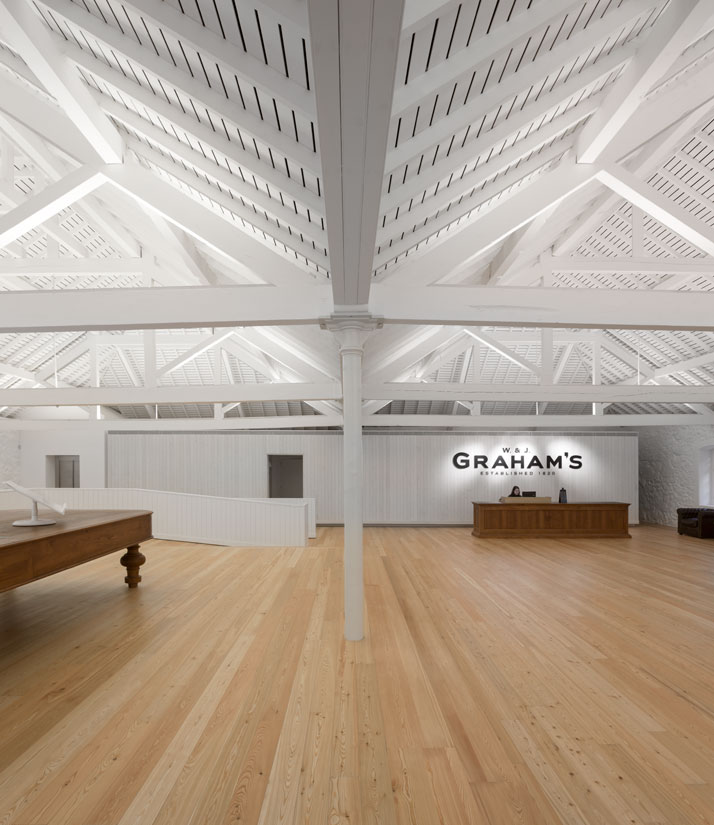 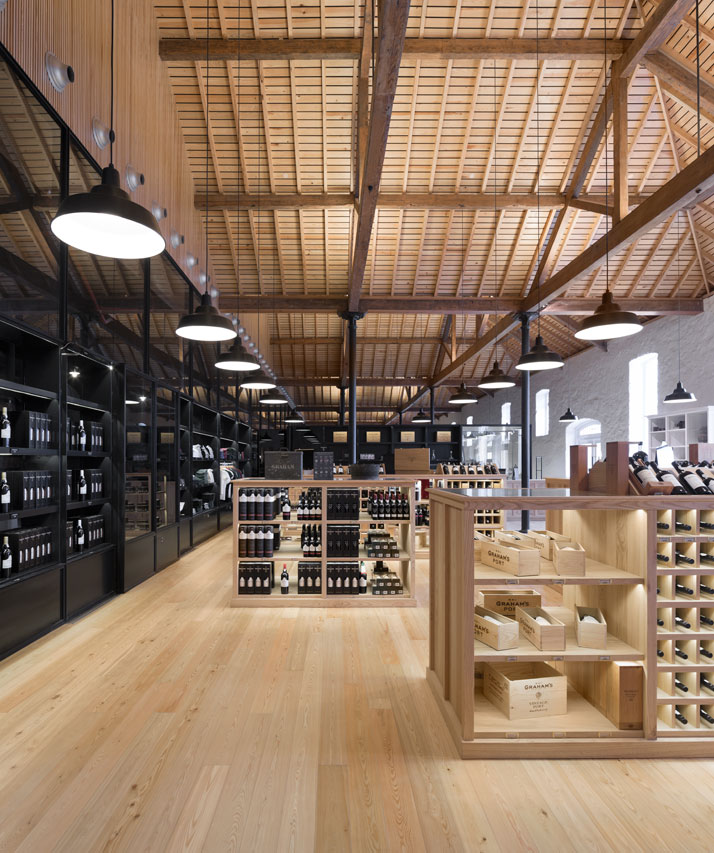 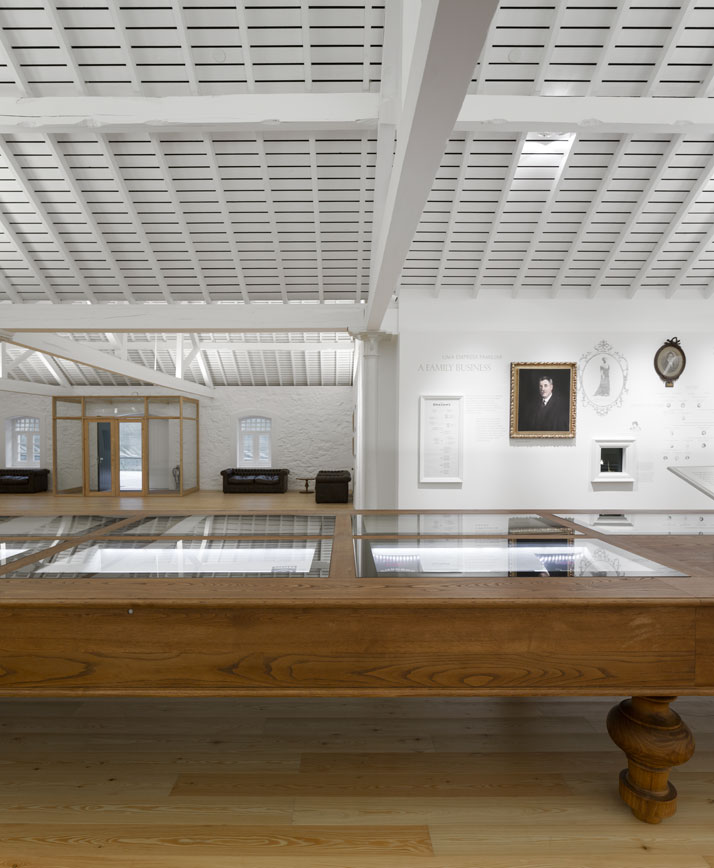 It seems surprising that a head of state would inaugurate a wine cellar – but Graham’s is not just any wine producer. The history of port wine is a big part of the history of Portugal itself, intertwined with the stories of the merchants and entrepreneurs who have been instrumental in its rise, refinement and distribution since the mid-1700’s. In fact, the history of port is so full of tales of risk, success, suspense and adventure that it could easily provide the story for a Hollywood movie. Two family names, one of old, the Grahams, and one of the present day, the Symingtons, are characteristic examples of the connection between the merchants, the wine, the Douro valley and the locals. While the former were the founders of Graham’s House back in 1820, the latter are the current owners and managers of the label and perhaps the largest wine producer in the Douro region. 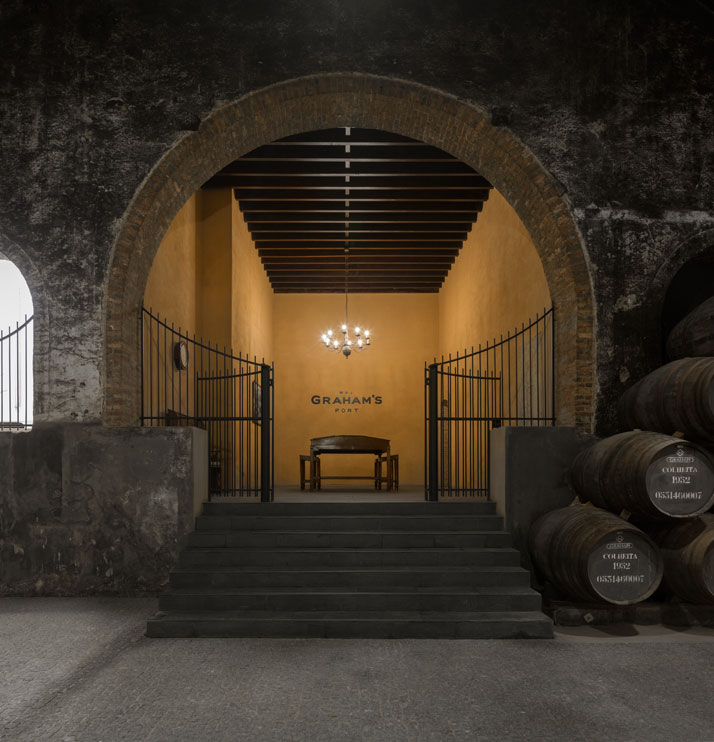 The exciting story of Graham’s port and the two families behind it, are at the very heart of Graham’s 1890 Lodge visitors’ experience. In the new auditorium, a short documentary introduces Graham’s to visitors, while in the next room a small yet concise museum showcases documents, tools and other objects relating to the history of the House and its products. In the basements, over 3,500 casks of ageing port and the label’s vintage reserves are on view – some dating as far back as 1868. The Lodge also incorporates a tasting room where visitors can get acquainted with the rich variety of the house’s fine ports, a more exclusive Vintage Room (offering a different level of wine-tasting) and a brand new Graham’s shop.

The creative team behind the recent renovation decided to strip the building to its original structural layout, while preserving elements such as the authentic Riga pine roof beams with their cast-iron black pillars. The original granite walls, more than half a meter thick, are also still in place, providing the necessary environmental conditions for the maturing and storage of the wines in the cellars within. P-06 Atelier (under the creative direction of Nuno Gusmão) went for a simple, modern approach, opting for a simple colour palette of black, white and natural timber. An overall sense of clarity and spaciousness has been achieved in the interior, with the design consciously steering away from the sense of artificial folklore and faux vintage usually found in popular tourist attractions. 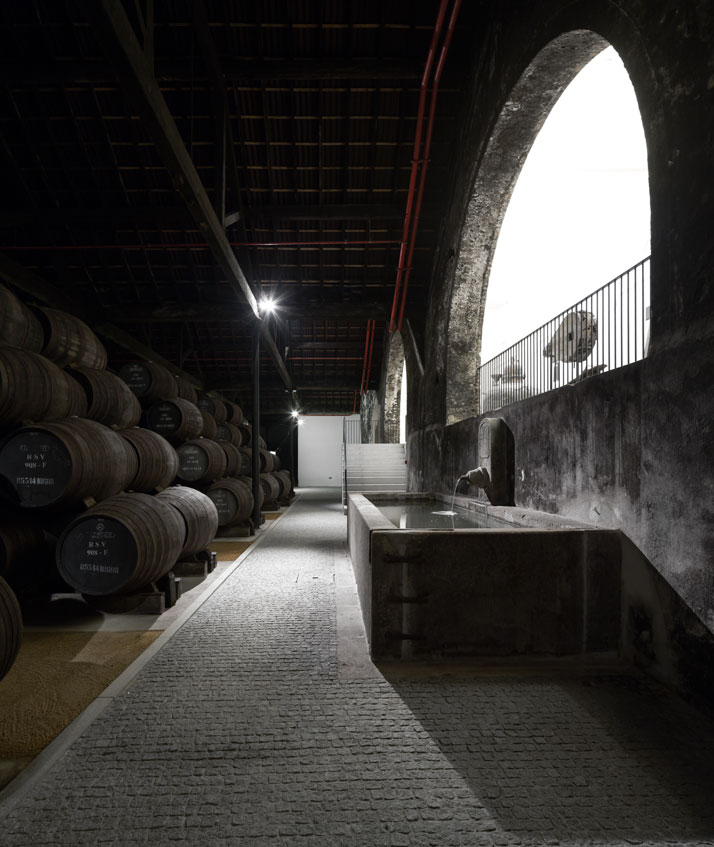 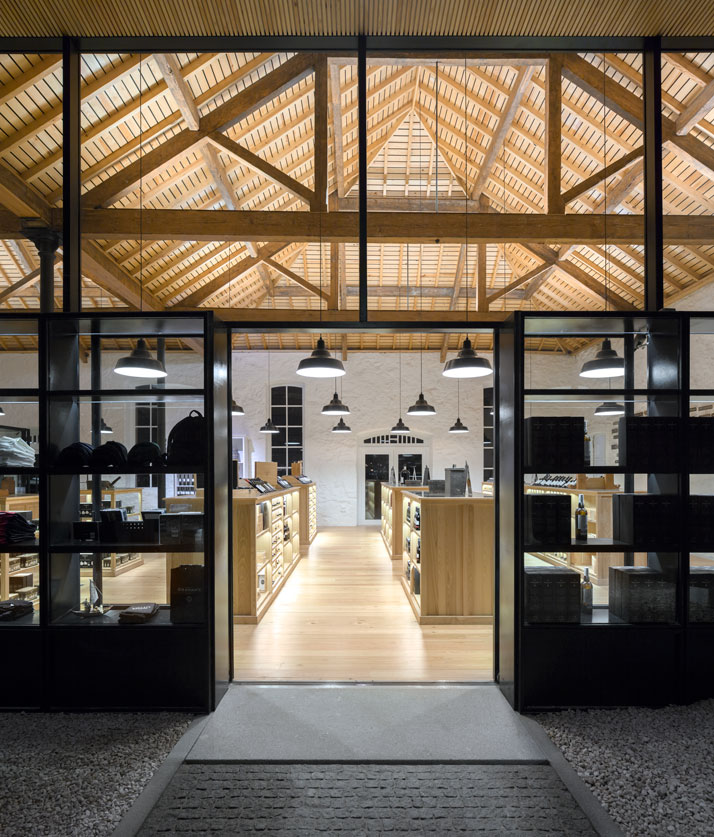 The Lodge is also home to the wine bar and restaurant Vinum, a member of the Spanish SAGARDI Group. Combining eclectic Iberian cuisine with the Lodge’s unique ambience and enviable view, guests have the option of dining either in the spacious indoors area next to the vast array of vintage Graham’s barrels, in the two private dining areas that seat 14 people, or in a luminous glasshouse situated on the balcony overlooking the old city and the river. Varieties of port wine as well as other table wines that Portugal is so famous for, such as Madeira and Douro DOC, can be discovered and savoured along with a meal, or alone at the wine bar. As all wine aficionados know, there’s no better place to taste a wine than on the land which produces it.