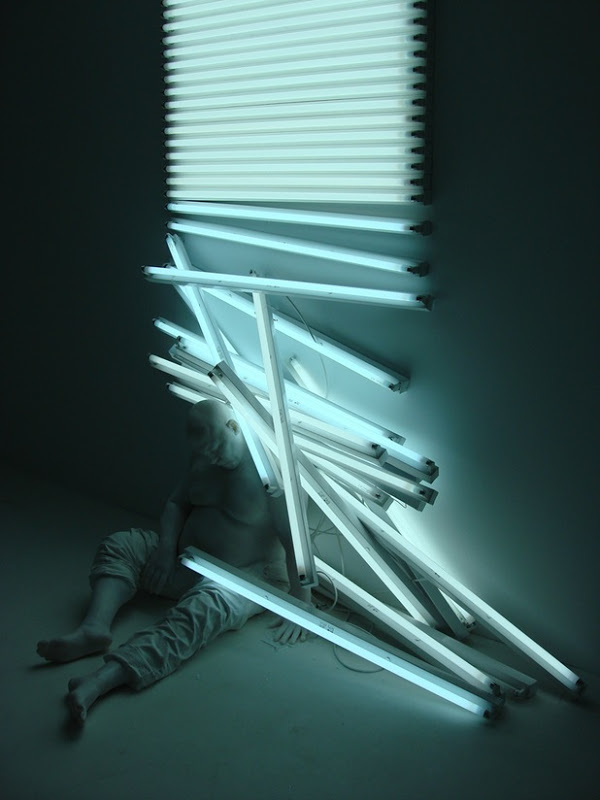 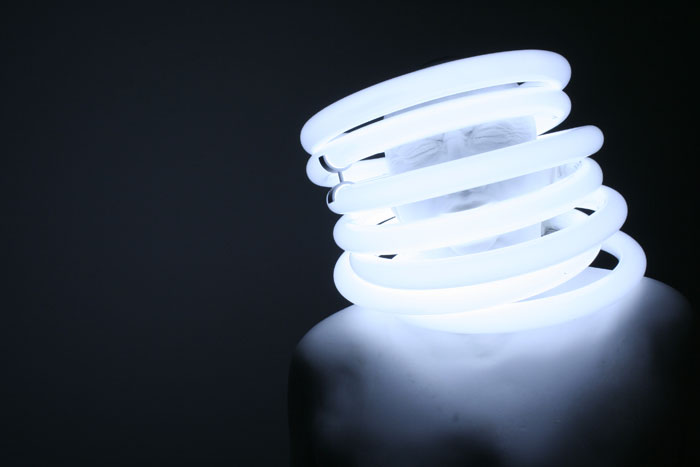 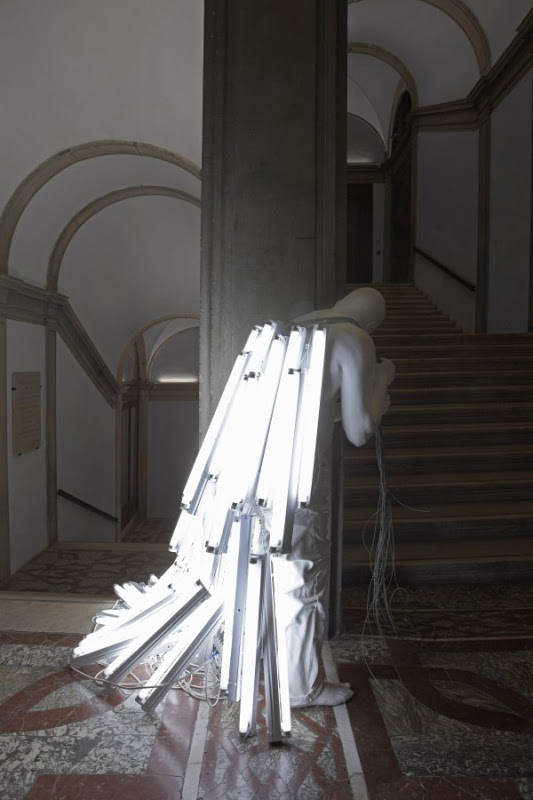 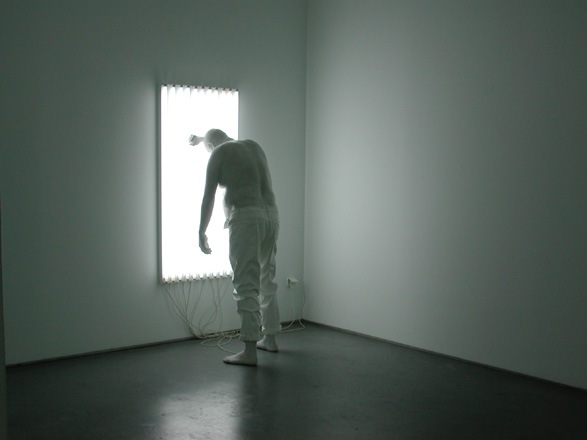 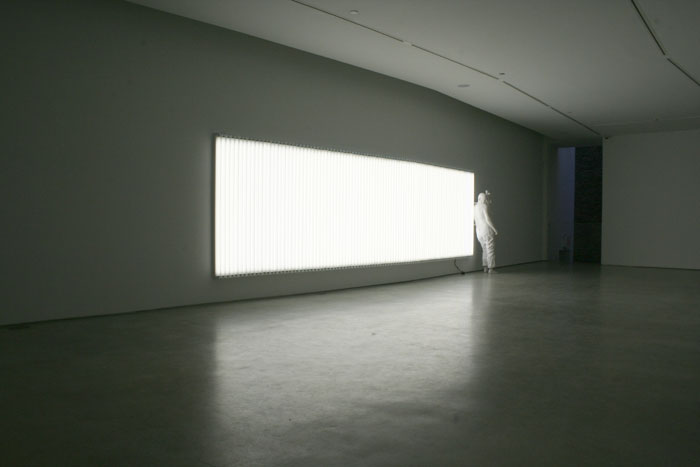 The studio practice of Bernardi Roig speaks of society at the edges, caught in a time tainted by the loss of historical memory and identity. The Artist works in a wide variety of media, but always focuses on the conflicts that arise from the lack of communication between us. In a mass mediaaddled world, Roig’s individuals lose the ability to distinguish truth from fiction and important issues from trivial concerns. “Today we are living in an atmosphere saturated with images,” the Artist says, “but the experience that they produce has a low intensity. Now it is ever more difficult to give meaning to an image. We are subjected to light, a light that dissolves the outlines of things, a white light within which everything fluctuates.” Roig uses electric light as a metaphor for this mutation: fluorescent tubes encase his subjects, blinding them. The Artist explores the dynamics of voyeurism by revisiting classical myths, baroque iconography, and memento mori, filtered through the fundamental issues of post-modern thought. By uniting his own philosophical and literary appropriations, Roig has defined a modern form of realism.

The Artist makes use of media as it suits him, and his sculptures, installations, videos, and drawings use the human figure as the conceptual center. However, regardless of the medium chosen, Roig’s creations revolve on the concepts of body confinement and stifled vision. He creates a pulsing vitality by working between what appears to be traditional sculpture and what is actually the Artist’s new conceptual minimalism. His notorious white sculptures – casts of real people – represent a journey where the memory of the image plays a vital role. “This communicative error is the thing,” Roig explains, “this is the distance there is between the interior experience and the form . . . that’s why I create an image as an incident on the threshold of visibility.” Roig is obsessed with death and immortality, aesthetics and eroticism, and the “idée fixe” that the thinking man must reclaim his forfeited ability to relate to others on an intimate level. He realizes that to truly communicate, we need a dialogue of more than the spoken word.

Roig speaks to the viewer through his solitary man by forcing us to confront our desires, the human concepts of progress, and social change – all of which remain unfulfilled. With these elusive, undefined objectives the Artist invites a dialogue on the multiple identities of the contemporary man, seen in the light of art and philosophy. It is this, the Artist’s realm of unwritten poetry, which lingers in our mind’s eye long after the works are out of view. For Roig, desire is the only thing that keeps death at arm’s length. It is this tangible proof that we are here, struggling to achieve higher consciousness that defies the vacuum of meaning that exists in a large part of present day art.