Casa Do Conto in Porto, Portugal 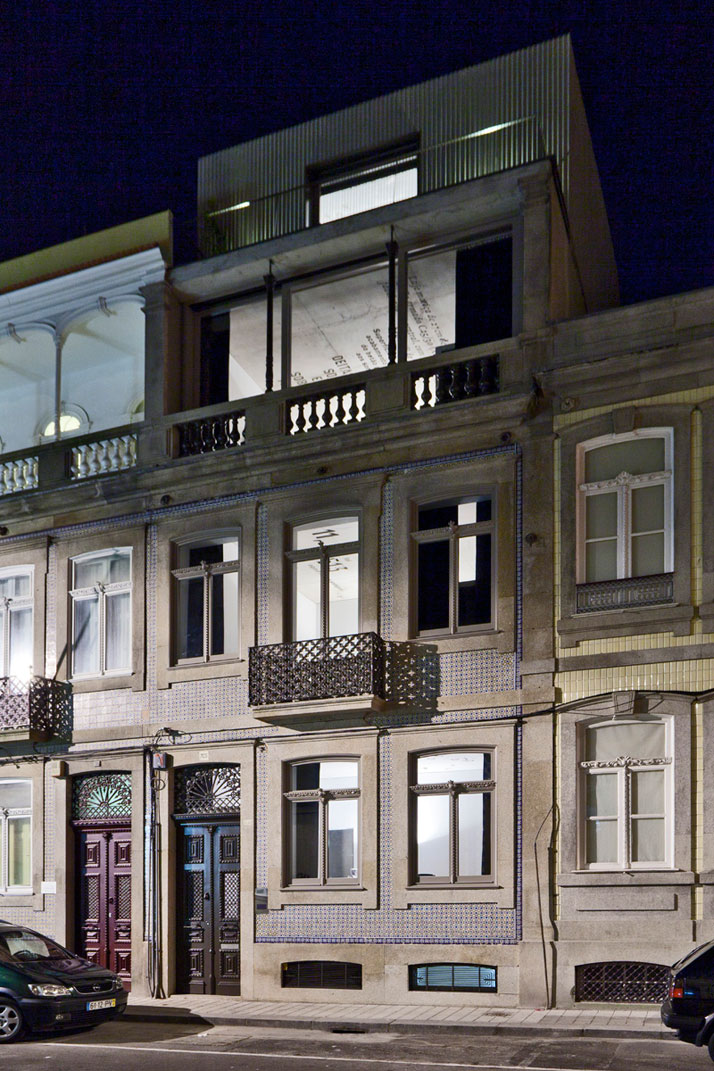 Sometimes life is ironic and just when you think that everything is burnt – literally speaking –blossom emerges from the ashes. Such is the case with the Casa do Conto (House of Tales), arts&residence – a new Hotel design concept in the Cedofeita area in central Porto, Portugal; the lovely XIX Century Oporto House was being restored by Pedra Líquida (Liquid Stone) architectural office three years ago, once the historical restoration process was completed and just a few days before the hotel’s grand opening the historical building suffered a terrible fire, and from its ashes the new Casa do Conto was born. 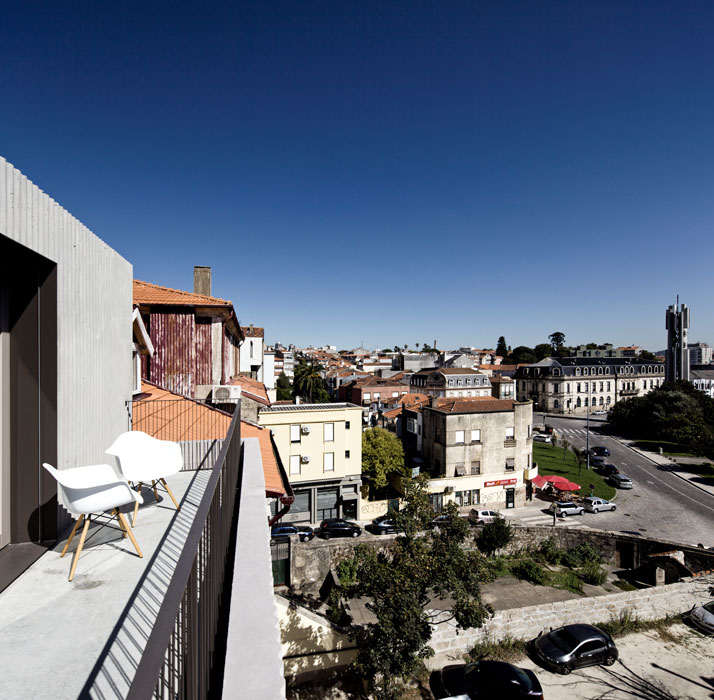 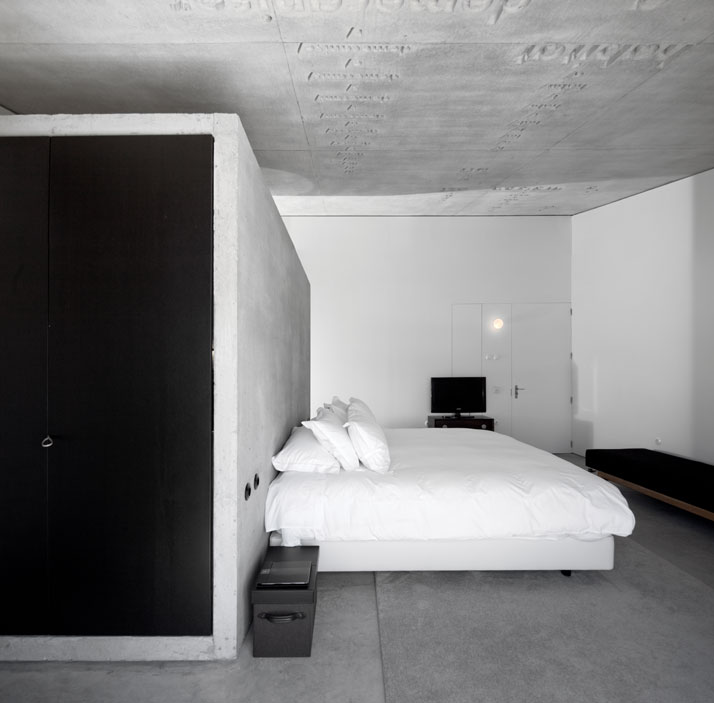 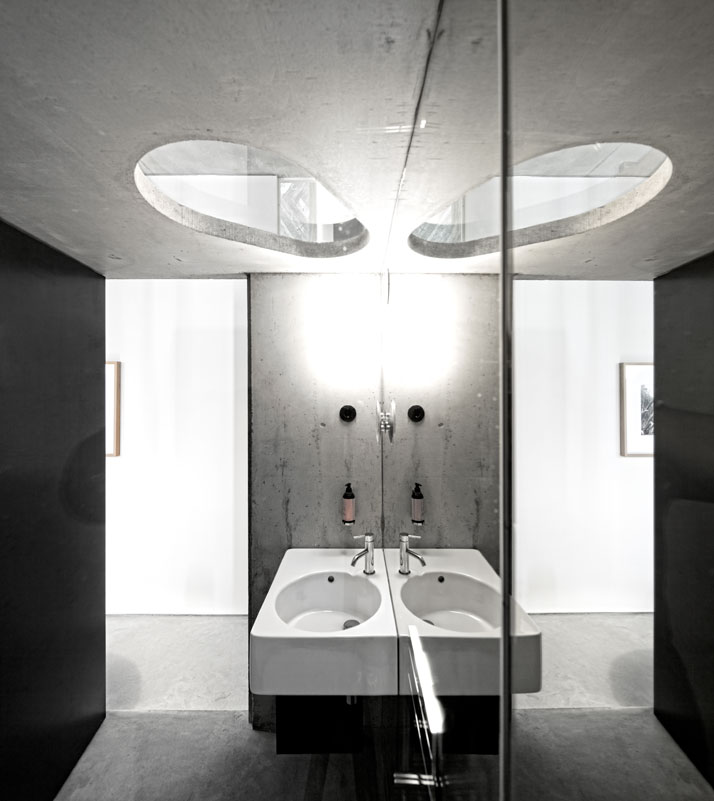 Despite the distress and the sadness caused by this fire, the architects had to rebuild it, and rebuild it in a way so that it would be better than ever before so as to minimize the feeling of the loss. In fact, what was left of it acted as the ‘skeleton’ to build around where ”the memory of that special house, was reborn from the ashes, like the Phoenix.” Essentially, the project abstractly suggests the ornamentation of the former historical building and its wall textures by applying traditional surfaces such as crossed wood patterns, corrugated steel plates and curved plywood panels – as a ”mould” for the new concrete walls. These ”moulds” were used in the back façade, the central staircase, the oval-shaped central skylight and the cubic bathrooms which are located in every suite. The result is a new skin referred to as a type of ‘fossilized architecture’ where the new modern skin rephrases the pre-existing one.

The Casa do Conto Hotel is a five floor structure – the ground floor which opens out to the garden and the upper floor, host the communal spaces: restaurant, lobby and the lounge area, while the remaining three floors have two suites per floor. The material which prevails throughout the hotel’s interior is concrete; despite the industrial material, the feel and the atmosphere is very elegant and somewhat warm. The harsh, industrial material is transformed by the (re)decorated carved text ceilings, in bass-relief. On the beautifully adorned ceilings throughout the hotel you can read narratives about the concept of the XIX Century Oporto House. The narratives were written by different authors and refer to the historic Oporto area as well as its architecture. The narratives are derived from six different tales which were spatially assigned by Pedra Líquida architectural office and graphically imaged by R2 Designers. 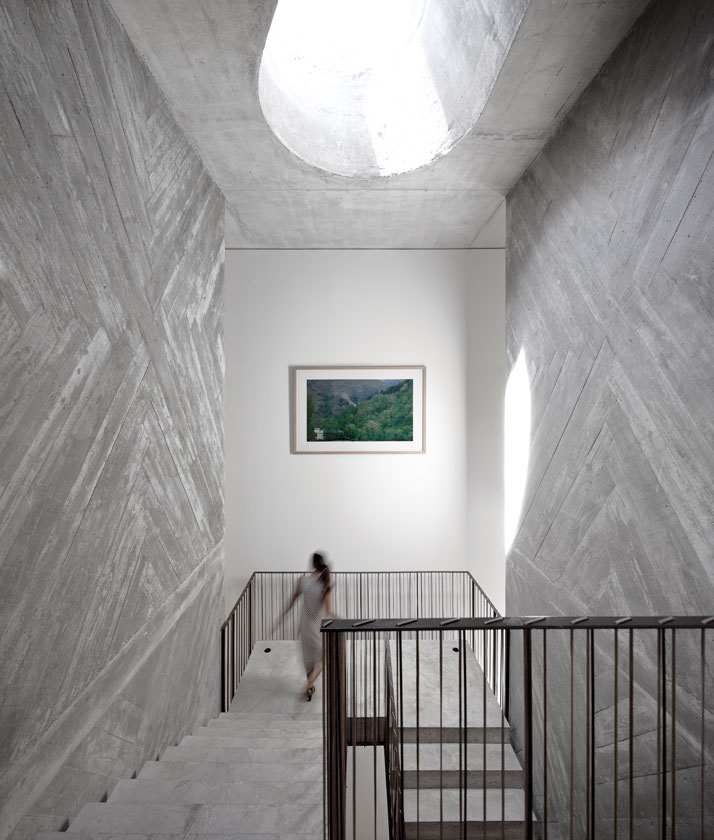 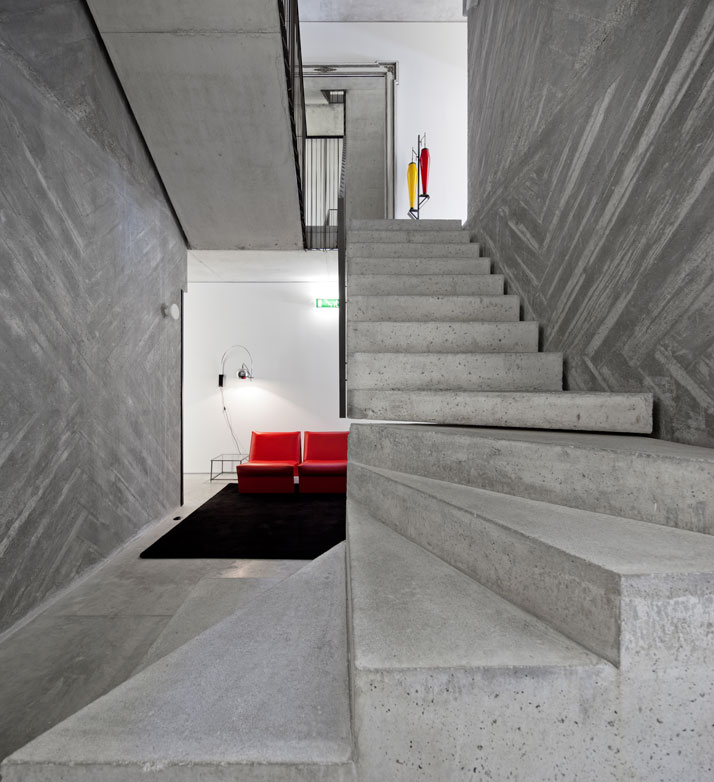 The crossed wood patterns on the concrete, as well as the narratives are both very strong elements – when alone, these elements may seem harsh and industrial, however, they are cooled down and become somewhat warm and friendly as well as elegant by the careful selection of vintage furniture pieces which are combined with modern, iconic furniture. Vintage furniture pieces from the 50’s and the 60’s, art deco buffets and cabinets, baroque mirrors, and modern seating all set the tone for a more friendly, elegant and warm environment. 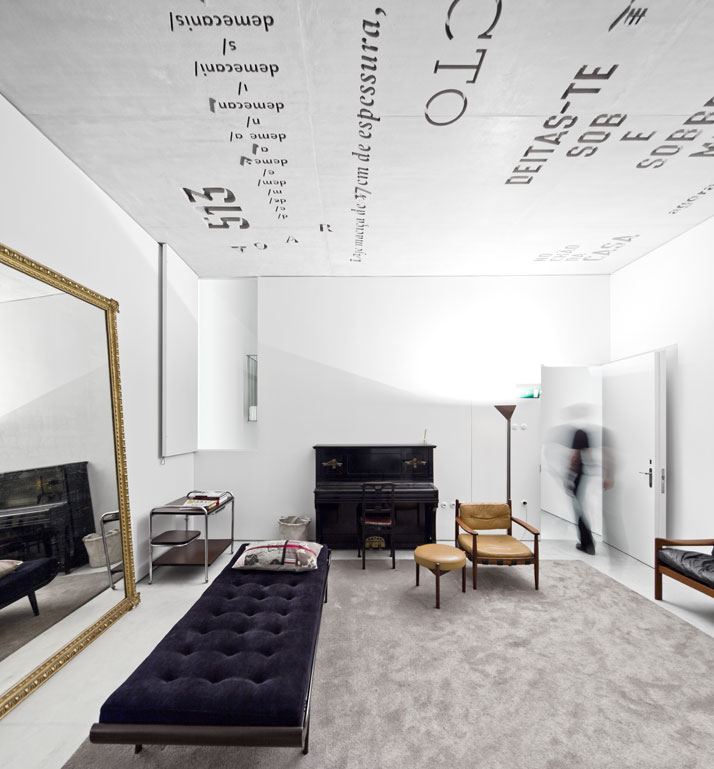 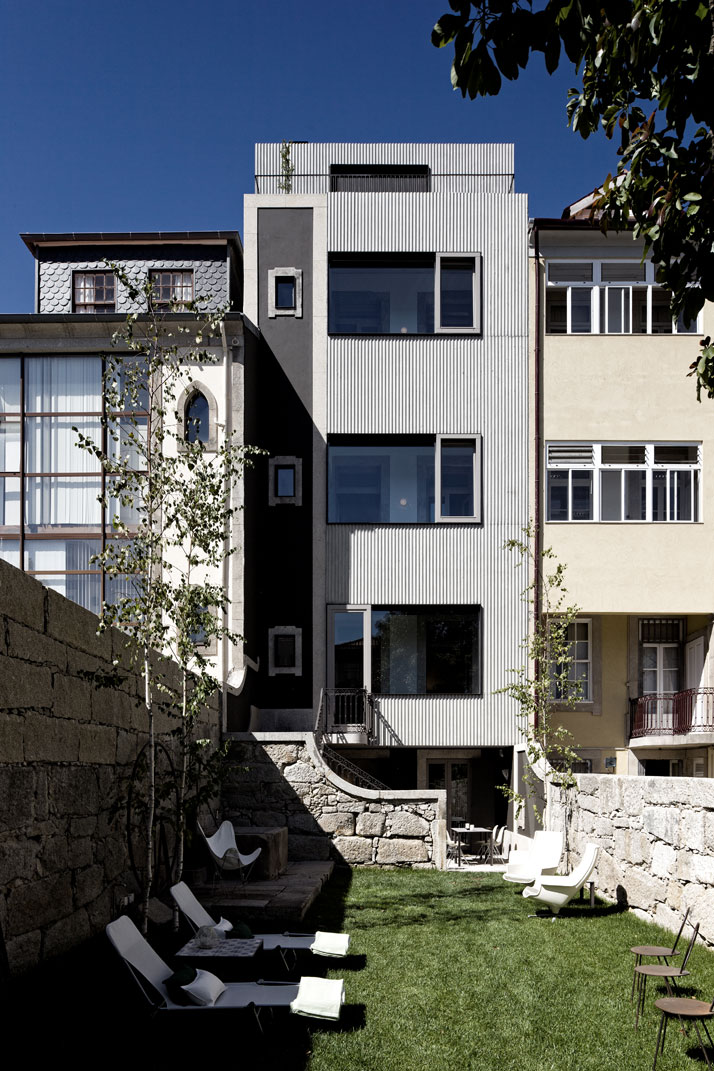 All in all, Casa do Conto also known as The House of Tales is a unique building which symbolizes re-birth; the building embodies a unique story as it was given life for a second time. The new building embodies the history of the city and the architecture crafted literally in the structure. The ‘scars’ of the fatal fire are carved finely on this historic building which “highlights Oporto’s domestic architecture, solemn and vertical, carved by the wounds of a time that mediates its decline and rebirth, the memory of the past and the desire for the future, the granite stone of the old facades and the new concrete of its inner core.”